The DP World Tour today confirmed the sanctions to be taken against members who breached Tour regulations and participated in a LIV Golf event at Centurion Club from June 9-11, despite not having received releases to allow them to do so.

Such actions contravened the conflicting event Regulation laid down in the Members’ General Regulations Handbook as well as the Code of Behaviour Regulation, of which the members have been reminded on a number of recent occasions, and has led the Tour to take the following steps, which have been notified to all members concerned.

• They have been advised that they are suspended from participating in the following DP World Tour tournaments - the Genesis Scottish Open and Barbasol Championship (July 7-10) and the Barracuda Championship (July 14-17) and have been removed from the entry lists of these events where applicable...

Keith Pelley, Chief Executive of the DP World Tour, said: “Every action anyone takes in life comes with a consequence and it is no different in professional sport, especially if a person chooses to break the rules. That is what has occurred here with several of our members."  Full article here 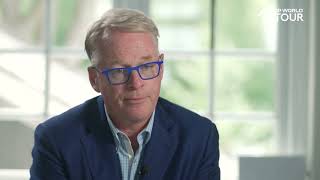