Marc Leishman has won the Farmers Insurance Open at Torrey Pines for his fifth career title on the US PGA Tour.

Minutes after storming to victories on golf's two biggest tours on Australia Day, Marc Leishman and Lucas Herbert turned their thoughts to home as they paid tribute to those battling bushfires.

Leishman produced a seven-under 65 final round to snatch the US PGA Tour's Farmers Insurance Open title by a shot from Spanish star Jon Rahm at Torrey Pines in California on Sunday.

"All the problems that have been happening back in Australia with the fires and people losing their lives, such as firefighters, it's just devastating," said Leishman as he savoured his fifth career US Tour win and a jump to world No.20.

Just three months ago Herbert spoke of losing his love for golf and being close to quitting the game midway through 2019.

On Sunday he shot the day's equal-lowest score of 68 in gusting wind before beating South Africa's Christiaan Bezuidenhout in a play-off to win the Dubai Desert Classic.

"That's nothing compared to the firefighters and volunteers putting out the fires; sending all my love back home and hope everyone is well," said Herbert.

Leishman predicted Australian golf was now on the cusp of an exciting period, with Hannah Green winning two LPGA Tour events last year, including a maiden major and Minjee Lee also successful there in 2019.

"I saw Lucas win this morning and that's awesome for him to get his first European Tour win in such a big event; he's got a lot of talent," Leishman told AAP.

"I think Australian golf is in a great spot; for the men and women; hopefully there will be a big charge by all of us and we will win a few more this year."

But he birdied four of the first seven holes en route to his 65 as he finished at 15-under and edged out Rahm (70).

Leishman said his win was perfect timing as he eyes golf's majors season hoping to finally break through.

"This definitely gives me confidence; my game's in a good spot," said Leishman, whose career earnings on the PGA Tour rise to $US28.9 million.

"It's been a while since I've contended in a major and it's a goal of mine is to try and win one of those this year."

Leishman also boosted his chances of representing Australia at the Olympics in Japan in July, given he and world No.13 Adam Scott have a lead on the rankings.

"I would love to be there in Tokyo; this is a priority for me," he said.

"To represent my country and hopefully win a medal would be special."

Rory McIlroy tied for third at Torrey Pines at 12 under, while Tiger Woods' 70 left him sharing ninth at nine under at his first event of the year.

Next best of the Australians was two-time Torrey Pines champion Jason Day (69) at seven under. 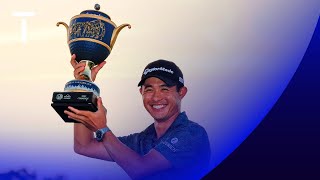 Collin Morikawa Triumphs over "Beast of a course", & his Tiger Woods tribute 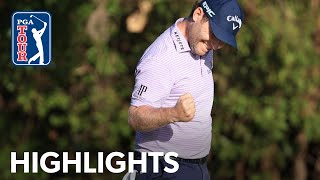 PGA TOUR 2021 - Puerto Rico Open:  Branden Grace Win
There are times in the life of golfer when winning a tournament has a deeper, more profound e... 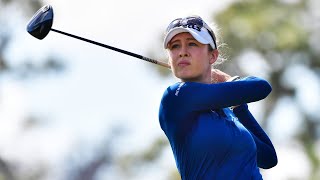 Tour Tee continues to prove popular around the globe. Now available in three great options including, COMBO, PRO and MINI.

In 2019, Sun Mountain introduced the Eco-Lite Stand Bag, which is made with a material manufactured by Repreve, a company who uses recycled pl...

TaylorMade has once again pushed the boundaries of performance by redefining the path to distance with its new Tour Flight Dimple Pattern – de...

The March 2021 issue of Inside Golf is online for your reading pleasure. 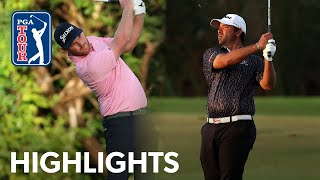 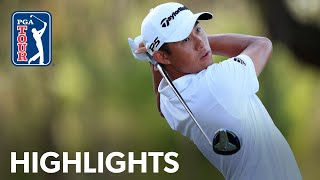