Justin Thomas reclaims the Wanamaker from seven shots back...

So, how did he do that?  Rethinking the 'possible' with help from caddie Jim 'Bones' Mackay, and what Tiger said.

The PGA Championship of 2022 has been called "One for the Ages", and they're not wrong. Golf commentators from various parts of the planet are mulling over what happened in Tulsa on 22nd May, 2022, what we might learn, and what is inspiring.

Big congrats to @JustinThomas34! He kept himself in this championship until the very end and once he got his shot he didn’t look back. Thanks to Tulsa and the @PGAChampionship for a great week.

From Planet Sport, by Matt Cooper:

In the last 25 years only five golfers have overcome such a pre-final round position...

From Independent.ie, by Phil Casey:

Justin Thomas hailed the value of experience after beating Will Zalatoris in a play-off to win his second US PGA Championship following a dramatic climax at Southern Hills...

The former world number one therefore equalled the biggest comeback in US PGA history, John Mahaffey coming from seven behind Tom Watson after 54 holes to defeat Watson and Jerry Pate in a play-off at Oakmont in 1978.

From Golf Digest, by Shane Ryan:

Justin Thomas had 35 minutes between the end of his round and new life in a playoff. This is how he spent it.

TULSA — At 5:17 p.m., Justin Thomas attempted a birdie putt on the 18th hole at the PGA Championship at Southern Hills. If he made it, he would have tied Mito Pereira for the lead at six under. It ran past the hole—uncomfortably past—and about a minute later he made his par. As he walked off, he took a long look at the massive leaderboard overlooking the green. What he saw didn't look overly promising...

From The Insider, by Tyler Lauletta:

With Thomas through every swing and putt of his championship weekend was caddie Jim "Bones" Mackay.

Mackay, who worked for decades with Phil Mickelson before picking up Thomas' bag full-time in 2021, played a key role in getting Thomas across the finish line, giving his player a little bit of necessary straight talk on Saturday night ahead of what proved to be the major-winning round.

From Golf Monthly, by Jeff Kimber:

Justin Thomas celebrated his first Major victory with Jim ‘Bones’ Mackay on the bag by gifting the legendary caddie a traditional keepsake - something Phil Mickelson never did. After emerging victorious from the three-hole playoff with Will Zalatoris to win the PGA Championship, Thomas gifted the winning flag to Bones, a traditional show of appreciation for the winning caddie’s hard work.

From Golfweek, by Adam Schupak:

“I’m fully confident in saying that I wouldn’t be standing here if he didn’t give me that, wasn’t necessarily a speech, but a talk, if you will,” Thomas said...

Bones continued: “It’s a major championship. You don’t have to be perfect. Just don’t be hard on yourself. Just kind of let stuff happen, and everything is trending in the right direction. So just keep staying positive so that good stuff can happen.”

“I left here in an awesome frame of mind,” Thomas said.

From Golf Australia, Final Round Gallery 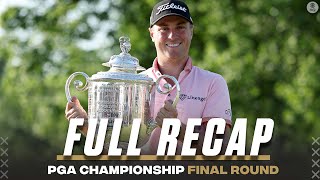 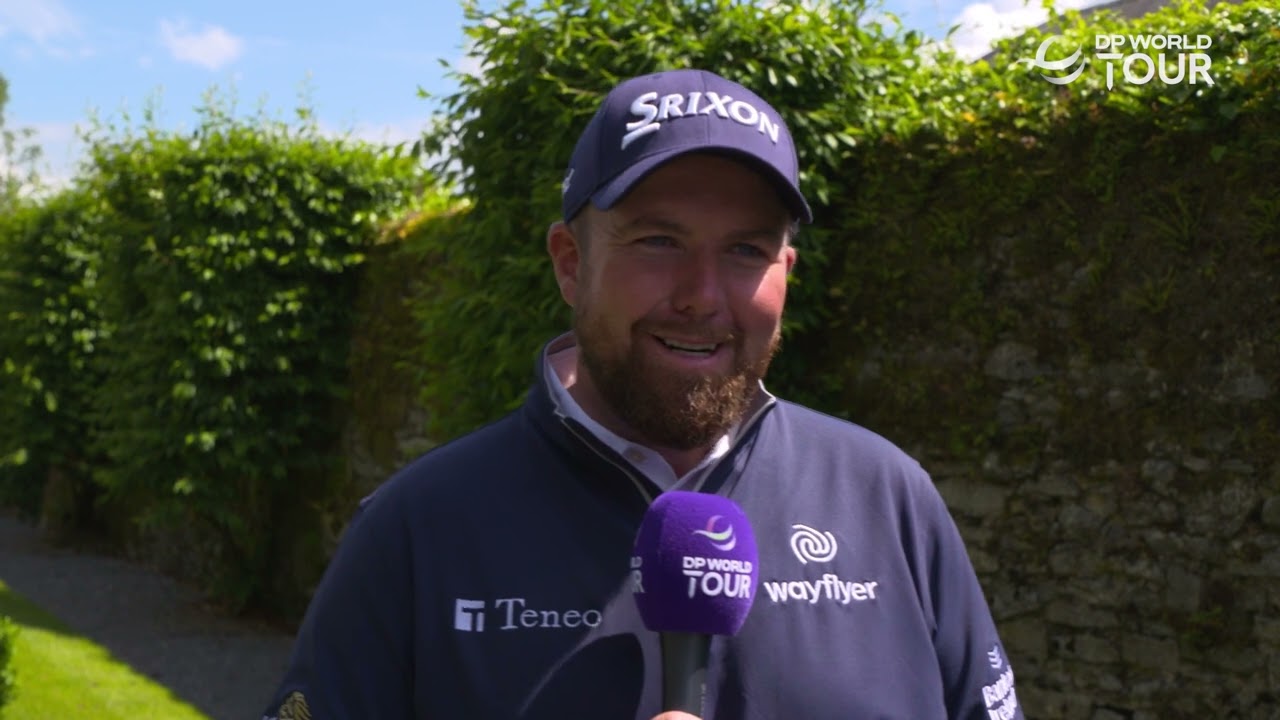 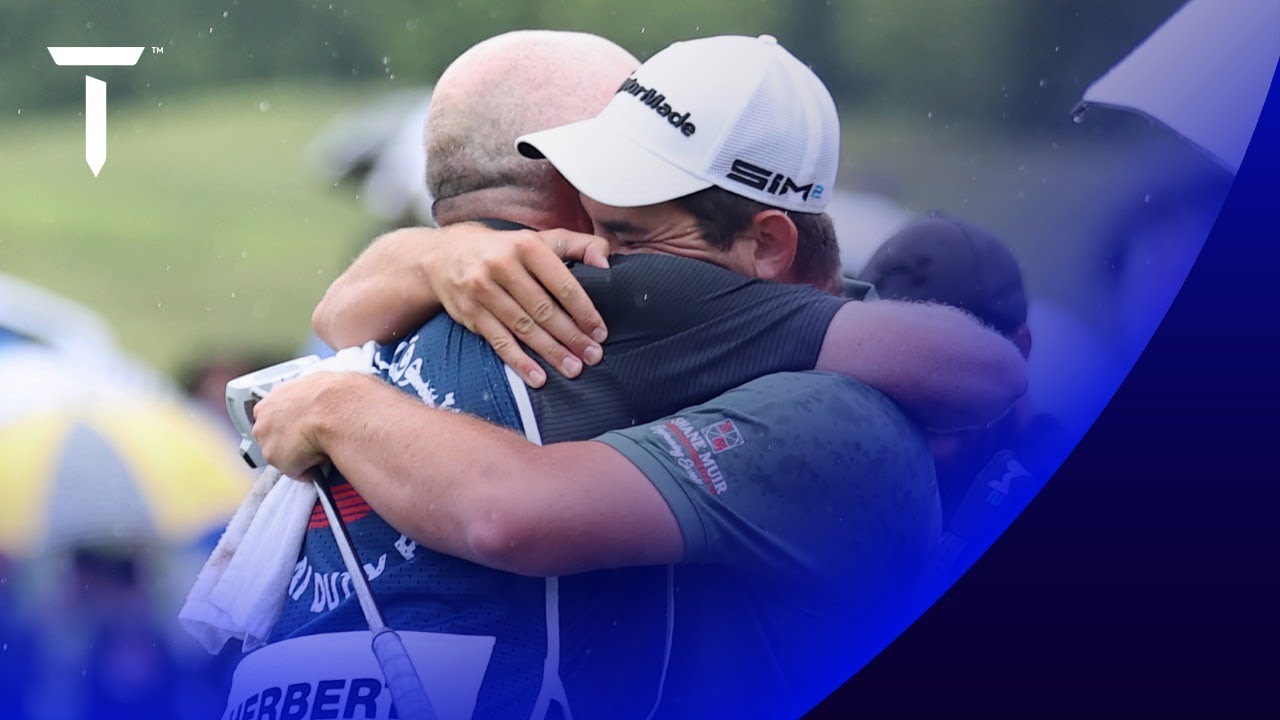